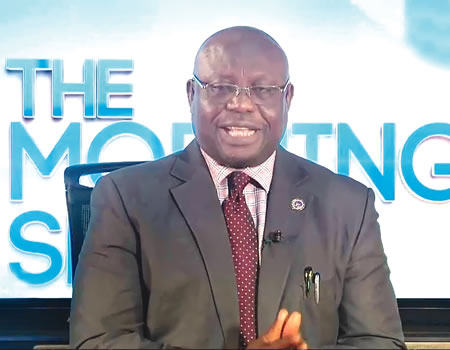 Mr Festus Okoye, the National Commissioner and Chairman, Information and Voter Education Committee, who disclosed this during a Workshop for Journalists on Election Processes and Procedures for the 2021 Anambra election, held at Best Western Meloch Hotel, in Awka, on Thursday, said the figure comprised the 77,475 new registrants at the Continuous Voter’s Registration (CVR) exercise that ended on September 5, 2021.

Okoye, who was represented by the Director, Voter Education and Publicity INEC Headquarters, Abuja, Mr Victor Aluko, also stated that the Commission had recruited a total of 26,000 ad hoc staff for the exercise.

He said the workshop was to inform Anambra people through the media that the INEC was prepared for the November 6 Governorship election in the state.

He urged the voters to elect the governor of their choice.

INEC Resident Electoral Commissioner (REC) in the state, Dr Nkwachukwu Orji, in his opening remarks, appealed to the media to be objective and transparent in the reportage of the election.

The REC, who was represented by the State Director, Voter Education and Publicity, Mr Samuel Njmem, said the electoral umpire would be transparent in all its dealings with the media and the electorate during the election.

“The Commission wishes to use this opportunity, once again, to appeal to you to assist in ensuring the transparency of the electoral process through correct reportage of process across the 5, 220 polling units in the state,” Orji pleaded.