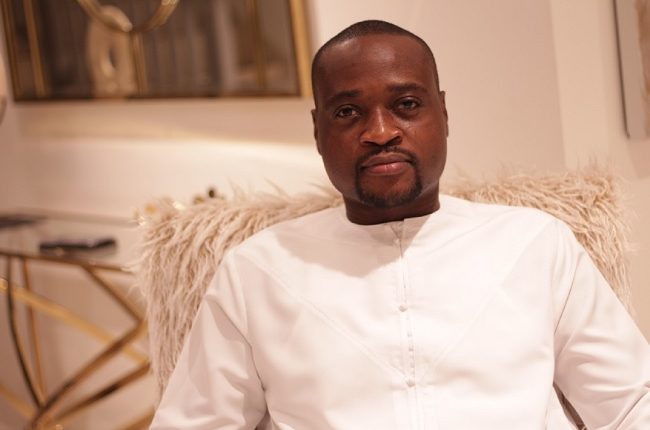 The Association of Ebonyi State Indigenes in the Diaspora (AESID) has kicked against legislation in the state, the Cybercrime Prohibition Law Number 012, 2021 signed into law by Governor David Umahi.

The association condemnation is coming on the heels of the detention of a journalist, Godfrey Chikwere, who was arrested and detained over a Facebook post on the alleged order of the state government.

The group in a statement signed by its President, Ambassador Paschal Oluchukwu faulted the position of Governor Umahi to implement the legislation which they noted was not subjected to the public hearing.

The AESID further maintained that the arrest and detention of the journalist was a violation of his fundamental human rights.
“We at the Association of Ebonyi State Indigenes in the Diaspora, (AESID) received with stern reservations and downright condemnation, the assent recently given to a so-termed controversial; Cybercrime Prohibition Law Number 012 2021 by the Governor and Chief Executive of the State, Engr. David Nweze Umahi.

“The said law which we believe must have been surreptitiously signed into law without the traditional public debates especially at the legislative arm and involving the people’s inputs claims it genuinely wants to fight and stamp fake news spread through the use of Social media out of our dear State.

“According to sketchy details and revelations made by the State’s Commissioner for Information, Honourable Uchenna Orji who is in his own right a Legal Practitioner, the Law which was only given the Chief Executive’s assent reportedly on September 27, 2021, is already being tested, amidst public outcry on a journalist and On-Air-Personality, one Mr Godfrey Chikwere whom the Umahi government accused of making ‘offensive’ posts against the provisions of the law on his Facebook account.

“As leading governance and accountability platform, we have taken time to read through the Facebook posts made by the victim, Mr Chikwere and we are sincerely at a loss just like virtually every other Social media user on how a mere post counselling youths to be careful with politicians who would engage them to kill and maim fellow youths became offensive to the said law?

“What exactly is the contravention in a post that never mentioned, abused or incited anyone either against individuals or the government? We are even further disturbed watching the Commissioner mention another post also made by the victim claiming that the Nigerian Army must have lost public respect following its arrest and detention of popular Nollywood Actor, Chinwetalu Agu who was picked up at the Upper Iweka area of Onitsha, Anambra State for adorning a dress with the customary rising sun logo. We ask: assuming without even conceding that the army was assaulted or libelled, when did it cede the powers to restore its image on the Ebonyi State government or empowered them to act on its behalf?

“AESID, therefore, wishes to ask certain pertinent questions regarding the hurried disposition of the government to enforce the said law. One; Was there any public debate before the Ebonyi State House of Assembly to enable the masses to make submissions before this law was passed and assented to by the governor?

“Two, as guaranteed in a constitutional democracy, did the House of Assembly ever call for memoranda from members of the public to keep them informed, aware and participatory in the entire process of enacting the said anti-social media law?

“Thirdly, knowing how sensitive and controversial any regulatory law on the use of Social media is, is the government not merely targeting opposition elements particularly in the PDP as has been the case since the defection of the Governor to the ruling APC?”

While calling for the immediate and unconditional release of Mr Chikwere, the group demanded that the Journalist should be compensated with an apology.

‘AESID demands that Governor Umahi should in the same vein withdraw the said hasty assent he gave to this rather draconian law that should have no place in a democratic regime like ours.

“The law, which we believe is against the spirits and letters of Section 39 of the 1999 Constitution of the Federal Republic of Nigeria (as amended) and the Freedom of Information Act effectively operational in our nation should have no place at all in a young and developing State like Ebonyi which is earnestly yearning for a marketplace of ideas to grow and level up with its contemporaries and competing neighbours.