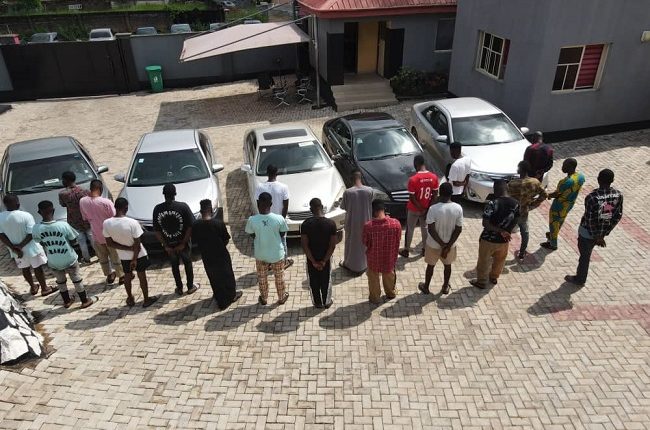 In a raid of hideouts of suspected internet fraudsters in Ogbomoso, Oyo State, operatives of Ibadan Zonal Command of the Economic and Financial Crimes Commission arrested 22 ‘Yahoo boys’ on Tuesday for their alleged involvement.

The EFCC Head, Media and Publicity, Wilson Uwujaren, who disclosed this on Wednesday, said that they were nabbed based on intelligence on their alleged criminal activities.

Uwujaren said that at the point of their arrest, five cars, several mobile phones, laptops and other incriminating documents were recovered from them.

Claim: A viral WhatsApp voice note, purportedly made by the director and CEO of WhatsApp, claims users will have to start paying for WhatsApp services.

Verdict: The viral WhatsApp voice note claim is a hoax. The content is not new and has been circulated as a broadcast message several times in the past.

Verdict: The alleged screenshot from Mark Zuckerberg being circulated is false.